The good news: It’s Busty Kinsey. The bad news: This is it….for now.

We are going away to build a more dynamic multi-media platform to give you, the 6 million SoftBody Sweethearts fans, more. That requires we step back, build the tech and produce a shit-ton of multimedia content.

And we’ll be taking our SWEET time to do this right and to do this BIG.

When we return in the coming months, the SoftBody Sweethearts™ universe will be vastly bigger.

In the meantime, there will still be new updates EVERY MONDAY and THURSDAY and more, at our TWITTER – @sbsweethearts

TWITTER will be where ALL our latest updates, photos and more can be found!

The After Dark Files, where the best of Sweethearts After Dark makes its way here so you can see what you’ve been missing. It’s HH-cup alt model Delaney for CURVES-day.

It seems that actress and model Sierra McKenzie keeps on getting thicker. And in the process, gets even more sexy along the way. Behold, this is what a real woman looks like. Enjoy another Sierra CURVES-day.

The After Dark Files, where the best of Sweethearts After Dark makes its way here so you can see what you’ve been missing. It’s Jenny Blendermann in who likes to teaseum in her birthday suit.

Another day in Washington state politics. Apparently it is like the town in “Footloose” on the other side of the Cascades. Amy Biviano, Democratic candidate for Spokane Valley’s 4th District House of Representatives, has been “outed” for having posed for Playboy magazine’s “Women of the Ivy League” in 1995. She was a student at Yale at the time

“Outed” is a stretch of the term since Amy Biviano, nee Amy Nabors, wrote a passionate, no-apologies essay about her experience around the time the Playboy pictorial was published:

So do I believe that my future might be affected by posing for Playboy? Yes, I believe that it will. But, it has made a positive contribution to my life – I gained a sense of self-reliance which I lacked before the posing scandal. Yes, it was fun to have my five minutes of fame both on the Yale campus and on the national scene. It is a nice little boost to the ego to know that some people consider me to be attractive enough to be in Playboy. But of course I know now, and I knew when I first chose to pose, that these benefits will fade, and they will only be remembered by a few people searching through dusty archives. However, posing for Playboy has permanently changed me by making me think a little bit differently about myself – I’m now more of a risk-taker, fear social approval less, and know a bit more about what I’m capable of. I may never do something this controversial again, but it’s nice to know that I could and did.

Amy Biviano, a Sunday school teacher and business owner, is in a brutal race with Matt Shea (R-4th district) in a heavily Republican area. She trailed Shea by 20 points in the August primary.

It has been reported that Shea has posted photographs on Facebook of himself smiling outside her house and refused to remove them. The congressman has also labeled Biviano a “radical socialist.”

Biviano is a far from a socialist (she’s a corporatist who believes in the privatization of worker’s comp programs) and her support for abortion rights and marriage equality are the majority opinions of Washingtonians. There is nothing “radical” about her platform.

One has to ask themselves if they are willing to not vote for a candidate with whom they agree on the issues, simply because they  chose to pose nude during college. Eastern Washington is in the midst of recovering from a bad fire season and an even worse economy. Those should be the issues, not whether someone was naked in the 90s.

[UPDATE]: Amy Biviano’s congressional opponent Rep. Matt Shea has “condemned” the release of Biviano’s Playboy past. A heavy emphasis of the QUOTE, UNQUOTE. Shea postures with a good old-fashioned “Have you stop beating you wife” technique full of snark and backhanded concern:

I am saddened by the release by a national media outlet of my opponent’s involvement in pornography. I strongly condemn the release of this information. Our campaign was aware of this information several months ago, and made a very determined decision to not use or disperse this information in any way, shape, or form. I specifically instructed the few members of my campaign team who knew of this situation to not disseminate this information, engage in negative, personal attack campaigning, even though my opponent had already done so. This type of negative campaigning is exactly what is wrong with politics today. While these revelations are indeed alarming, my heart goes out to Amy and her family. My wife Viktoriya and I will continue to pray for her.

Amy Biviano, herself, released a statement expressing how there was not even an attempt by her campaign to hide her pictorial in Playboy “Women of the Ivy League” in October 1995. Biviano, like most people of the 21st century, believes that nude pictures have nothing to do with the challenges facing Washington state’s 4th district.

FLASHBACK of the year

Seattle and Stuff We Love 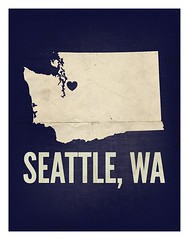 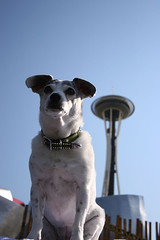 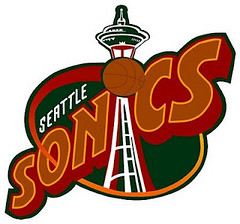 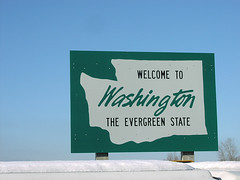 COED.com is a leading news, entertainment, sports, and lifestyle destination for millennials and beyond.

Don't Be Hatin, Unless its the Female of the Species

We like horror. We like booze. We write boozy reviews about horror. One time I ate a whole pineapple. LIKE, THE WHOLE THING. WITH A FORK.

For your inner fanboy

Boobs Of The Day

Observing the world since 1972.

It's all GOOD in the 'HOOD!

Insightful Analysis and Commentary for U.S. and Global Equity Investors

The sexiest women ever